World War Two had a huge impact on Colchester and its archaeology.

Colchester sits on the line of one of three heavily defended anti-invasion defences in Essex, known as the Eastern Command Line. This 'stop line' was designed in response to the threat of German invasion and followed River Colne from its mouth at Mersea Island around the northern side of Colchester. It made use of existing natural and man-made features including the River Colne and the Iron Age Lexden Dyke which were incorporated into the stop line to encircle Colchester. Over 120 defensive sites have been recorded in the 9.5 miles of this stop line around Colchester including roadblocks, pillboxes and other gun emplacements. Elsewhere on the stop line, additional defences were provided to protect significant transport routes such as the Chappel viaduct in the Colne Valley, which is one of the longest railway bridges in East Anglia. Defences at the Chappel viaduct included numerous pillboxes, spigot mortar emplacements and anti-tank blocks and ditches. 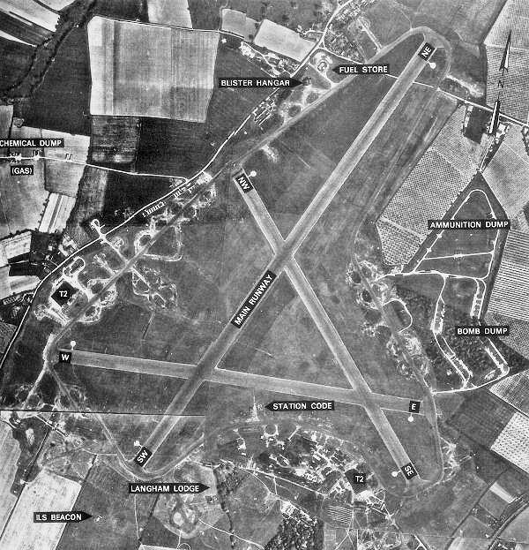 In addition to the stop lines, anti-invasion measures included the construction of coastal defences known as the 'coastal crust' which were designed to slow down invaders. Some elements of these coastal defences can still be seen, for example along the sea wall at Langenhoe where seven pillboxes are recorded. There are also coastal artillery sites, for example Gun Emplacement No.2 at West Mersea which comprised two guns, each in its own casemate, a Battery Observation Post, horizontally-aimed searchlights and pillboxes. Rare survivals at this site include one of the gun casemates and a searchlight emplacement. In other locations, such as at Cudmore Grove, these emplacements have been destroyed by erosion or redevelopment.

Outside Colchester were several significant Second World War airfields, traces of which are still present today. These included several bases for the USA Air Force. Boxted airfield, which opened in May 1943 and which was initially home to American B-26 bombers, and later to fighter units, closed in May 1946 and the runway is now only visible as cropmarks, though some of the airfield buildings have survived. Birch airfield which was built as a base for the 8th Air Force is still visible on aerial photographs, and several of the sites and buildings associated with this airfield still remain extant.  At Wormingford a First World War night landing ground was swallowed up by the construction in 1942 of a base for the US 9th Airforce 362nd Fighter Group and subsequently the 55th Fighter Group who were flying bomber escort missions and low level attacks. Remains of several of the ancillary sites belonging to Wormingford airfield have also been recorded.

At West Mersea a bombing decoy stands in a small spinney. It housed engines for pumping kerosene onto dummy buildings, and was controlled by Harwich to draw night-time bombers away from the town. The night shelter associated with this site still survives relatively intact.