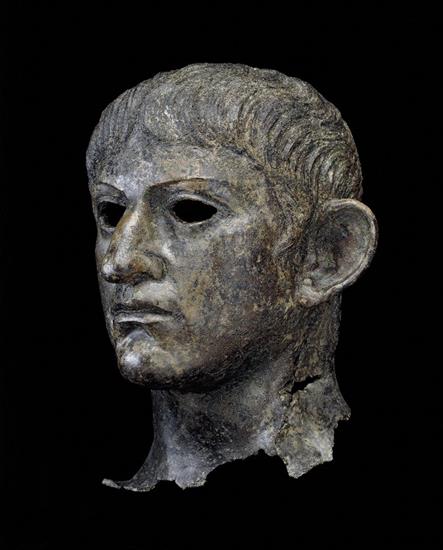 One of the most famous artefacts associated with the Roman history of Colchester wasn’t found in Colchester and may not actually be from Colchester at all...

In 1907, the hollow bronze head from a well-crafted statue of a Roman emperor was discovered in the mud of the River Alde in the south-east Suffolk parish of Rendham, some 40 miles from Colchester. This head was quickly identified as depicting a member of the Julio–Claudian family, with early opinion favouring an identification with Claudius (reigned AD 41–54), the emperor responsible for the Roman invasion of Britain.

We cannot be sure where the statue originally came from, but we know that a temple to Claudius was erected in Colchester in the mid-1st century, probably when the town became the Colonia Victricenis, and this temple may well have contained just such a statue of the emperor. Tacitus records how by the time of the Boudican uprising in AD 61 the shrine had become a focal point of anger and resentment amongst the indigenous population and that when the town was sacked by the Iceni a handful of defenders made their last stand in the temple. The rough hacking off of the head at the neck is suggestive of its having been violently destroyed, and very soon after its discovery the head came to be seen as a war trophy taken by force from Colchester by the Boudican forces and later discarded into the river.

More recently, scholars have begun to think that the statue might actually be a portrait of Claudius’ successor Nero (who reigned AD 54–68), although the consensus is still that the statue was destroyed as part of the Boudican uprising in AD 61. We will never be certain whether or not the statue originally stood in Colchester, but, in the words of Mark Twain, we should ‘never let the truth stand in the way of a good story’!